The Bible is a collection of books that tells the story of God and his relationship with people.  Written over the course of about 1500 years it has been a source of hope and encouragement for millions of people.  And it still continues to transform lives today.  If you've never read it, or have only occassionally dipped into its pages, then why not give it a go?  The best place to start is probably one of the four Gospels.

The Gospels, a word which simply means "Good News", are four books in the Bible which tell the story of Jesus.  They were written by four people, Matthew, Mark, Luke and John, who faithfully recorded the events of Jesus' life, from their own first hand experience, as well as the eye-witness accounts of others.  But they also wrote these accounts for different audiencies, a bit like newspaper reporters writing for their readers.  Some people will read the Tabloids, wanting to get a general idea of what is happening.  Others will read the Broadsheets, prefering more in-depth reporting and analysis.  With the Gospels, we know that Matthew wrote specifically to the Jews, while Luke wrote primarily for those who weren't Jewish, the people the Bible calls "Gentiles".  In contrast, Mark's audience are already Christians who are living in Rome, the capital city of the Empire that ruled most of the known world at the time.  And finally, John was writing for those who were new to Christianity or who were wanting to find our more about it.  Because of this, each writer has a slightly different style in the way they write and present their information, picking out certain bits of the story that they know will be good for their audience to read about.  Therefore, by taking each Gospel acocunt of Jesus' life we get a much bigger picture of who he is and what he came to do.

You can read each of the Gospels here, using the links in the section below.  There are also links to a great website where you can read the rest of the Bible, as well as the option to download a Bible App onto your mobile device. 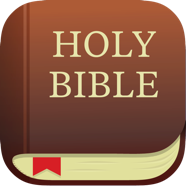 The Bible App for Apple

The Bible App for Android 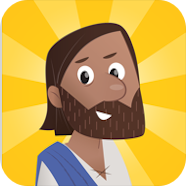 The Kids Bible App for Apple

The Kids Bible App for Android

You can find out more about which cookies we are using or switch them off in settings.

This website uses cookies so that we can provide you with the best user experience possible. Cookie information is stored in your browser and performs functions such as recognising you when you return to our website and helping our team to understand which sections of the website you find most interesting and useful.

Strictly Necessary Cookie should be enabled at all times so that we can save your preferences for cookie settings.

If you disable this cookie, we will not be able to save your preferences. This means that every time you visit this website you will need to enable or disable cookies again.